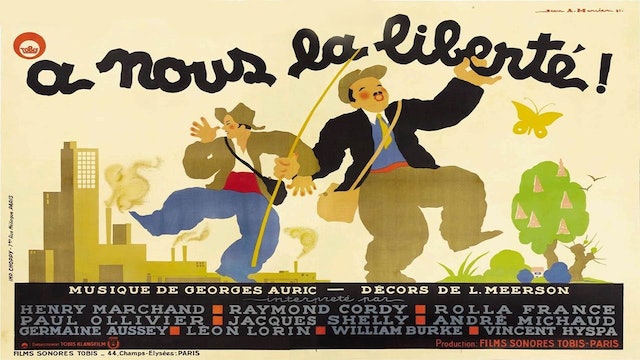 A famous left-wing satirical comedy about two ex-convicts, one of whom escaped jail and then worked his way up from salesman to factory owner, where he oversees a highly mechanized operation where the workers are reduced to mere automatons. Fearful of being exposed over his past, at first by his friend and later by another gangster, the owner chooses to give his factory to the workers, then escapes with his friend to the freedom of the open road. The production company for "A Nous la Liberte" was for more than a decade embroiled in a lawsuit claiming that Charles Chaplin had seen their film and plagiarized many ideas from it as he developed "Modern Times." 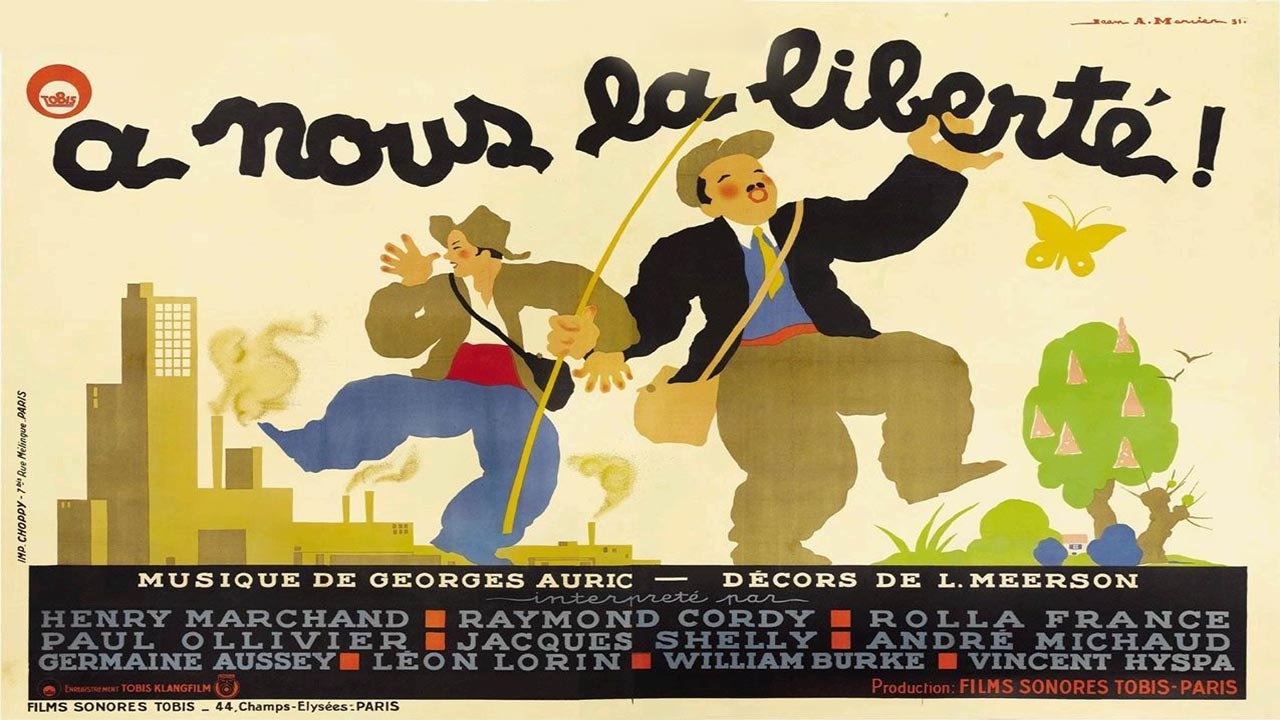