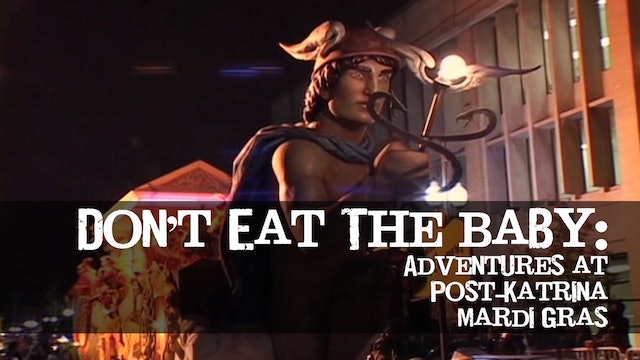 A feature-length documentary examining the unique state of New Orleans as the city holds its first post-Katrina Mardi Gras. The film not only critiques the rebuilding effort of six months later and the controversy of holding carnival during that rebuilding, but also delves into the actual cultural components of Mardi Gras and how they represent New Orleans as a whole for both better and worse.

Using academic research and interviews with both experts and everymen, DON'T EAT THE BABY shows America that the true Mardi Gras is a microcosm of the class, race, gender, economic, environmental, and religious issues of New Orleans society - and how understanding that unique and unfamiliar society helps to explain what occurred during Katrina and what is currently occurring in its aftermath.

And despite the seriousness of the previous two paragraphs, it's a whole lot of fun! 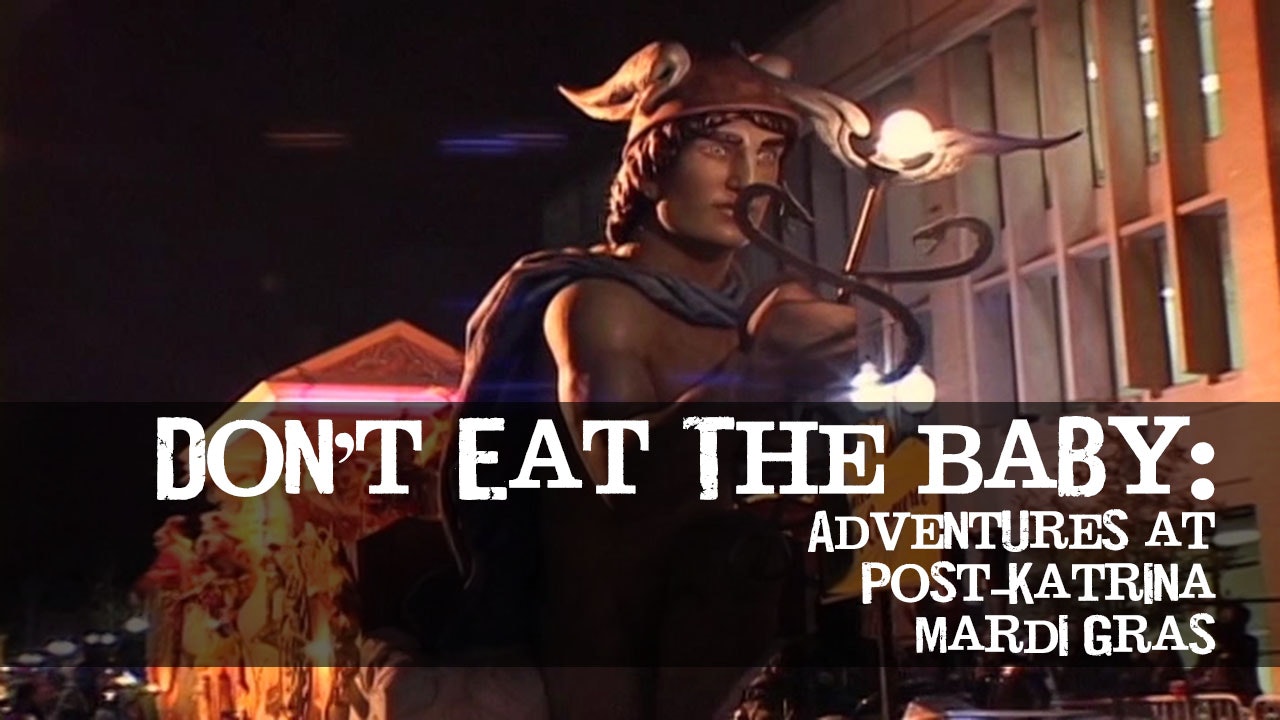