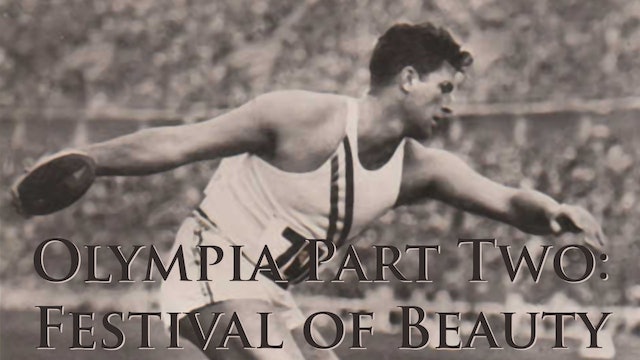 After being commissioned by the 1936 Olympic Committee to create a feature film of the Berlin Olympics, Riefenstahl shot a documentary that celebrates the human body by combining the poetry of bodies in motion with close-ups of athletes in the heat of competition. The production tends to glorify the young male body and, some say, expresses the Nazi attitude toward athletic prowess. Miss Riefenstahl captures the grace of athletes during field hockey, soccer, bicycling, equestrian, aquatic and gymnastic events. Highlights are the Pentathlon and the Decathlon, which was won by American Glenn Morris; it ends with the triumphant conclusion of the games. 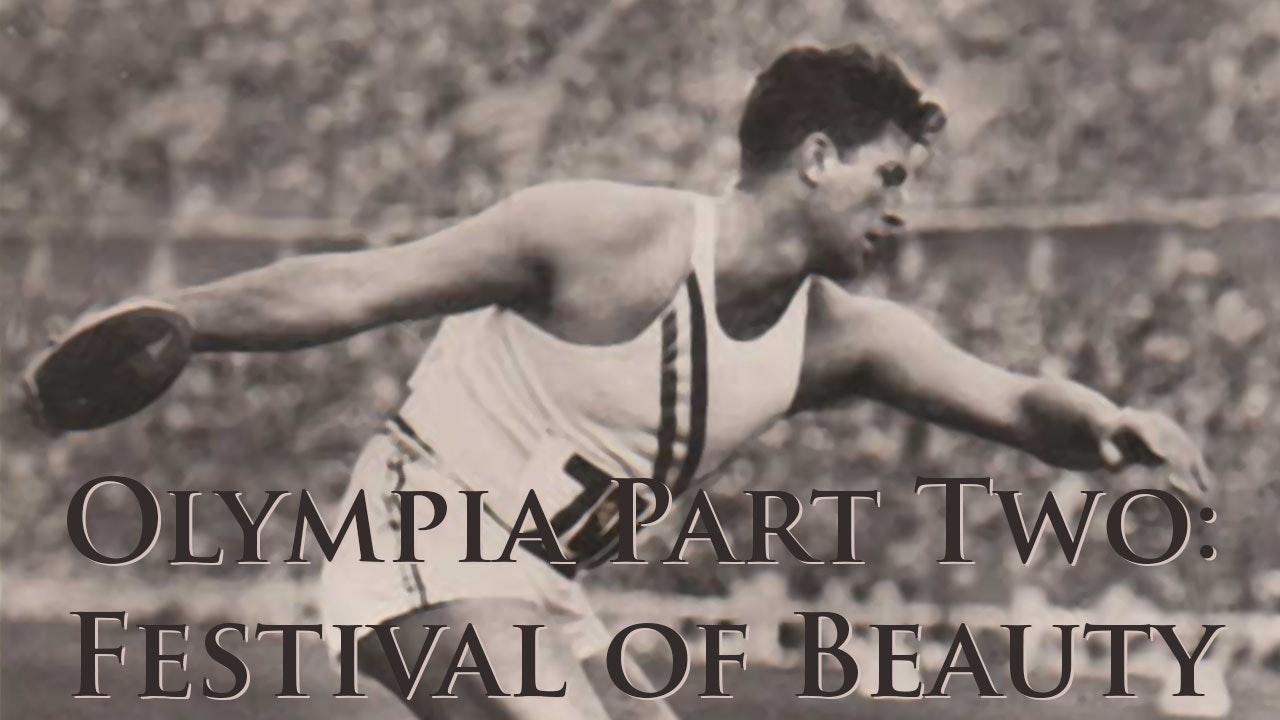